Drawing for TV – the set of Howard’s End

Back in March, my film prop/set designer contact, Gemma, asked if I was available to create some drawings as props for the BBC’s latest version of Howard’s End. Originally a classic novel by EM Forster, the story is set in 1910 and follows the life of an intellectual and bohemian English-German family and their attempts to relate to those who are different to them; in class, wealth and ideology. There is a lovely review of the miniseries here by Johanna Thomas-Corr for the Evening Standard.

As good bohemians, one of the sisters (Helen) is an accomplished artist and my drawings were intended to be the portraits she had made of her siblings.

Initially, I was given some historic reference material of the time period; simple fluid sketches and more traditional drawings in velvety contrasts by Egon Schiele. They gave me an idea of what an educated and culturally aware artist of the time might aspire to emulate.

And alongside these came some photos of the actors, taken on the shoot and made for costume reference. It was from these I took my inspiration.
Hayley Atwel   (of Marvel film franchise fame, well known as Agent Peggy Carter in Captain America) in carmine leg-of-mutton sleeves as Margaret Schlegel ; 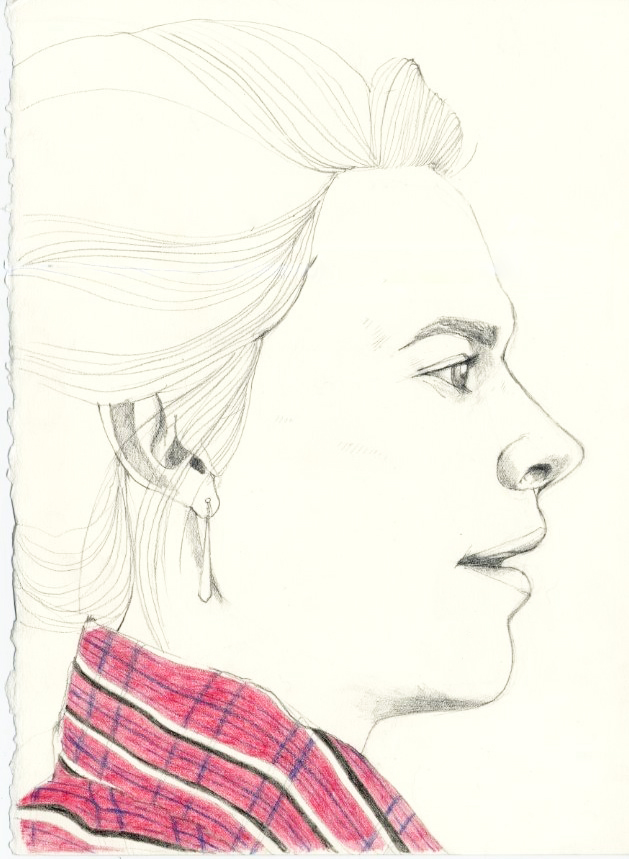 Alex Lawther as Tibby (recently seen in Channel 4’s End of the F**king World ) in a herring bone tweed and stripy scarf, 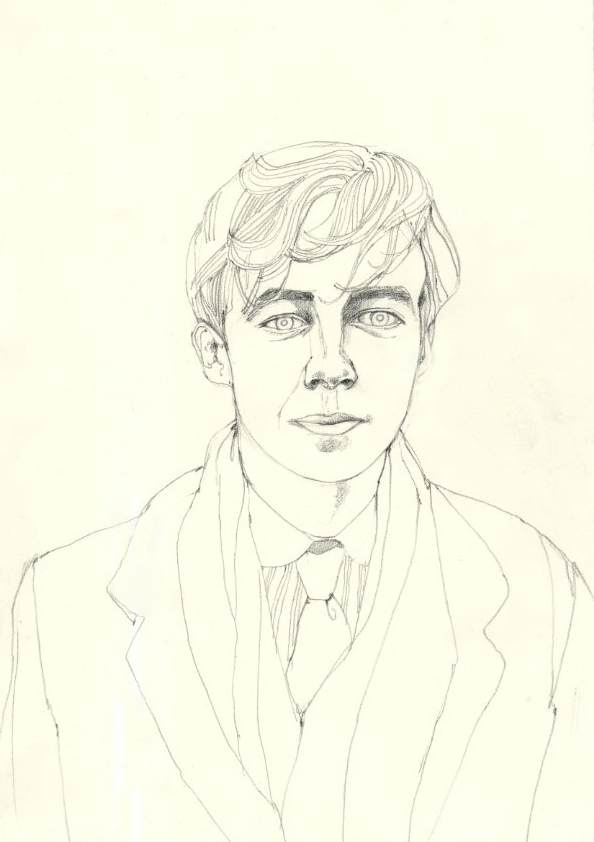 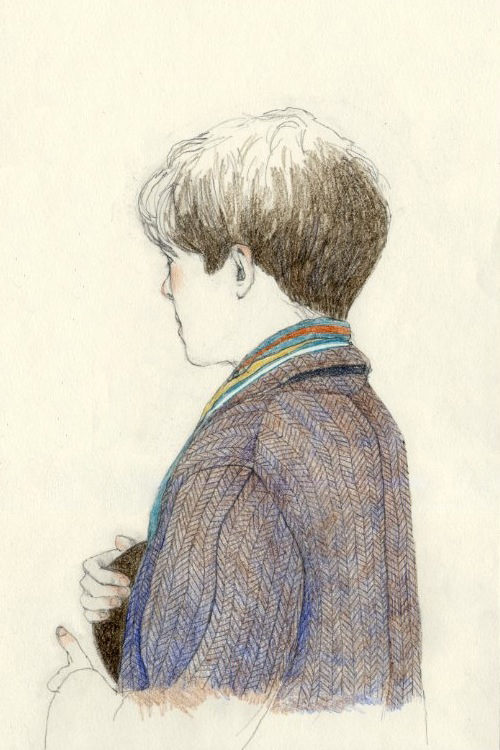 and Philippa Coulthard as Helen (lead actor in Alien Surf Girls/Lightening Point for Network 10 in Australia) in a dark velvet beret pulled down louchely over one eye. 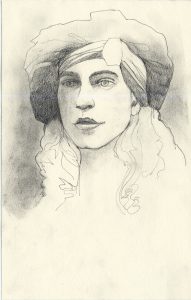 Although it was public knowledge at the time that the series was in production, it still seemed a privilege to see these photos before anything had been aired.

I really enjoyed the commission, spending two days on quick and more extended portraits working mainly in pencil but also in coloured pencil and graphite powder. I was told that they might be framed on the set and appear on a drawing room wall or be strewn haphazardly on a mahogany desk perhaps. Or perhaps they wouldn’t appear at all…

And from experience, I know that sometimes that can happen – my drawings for Mapp and Lucia, also for the BBC, never made it to the series itself but at least, as a memorial to the occasion, were displayed at Lamb House in Rye where the series was filmed.

Howard’s End will be shown on BBC1 on 12th November 9pm. Even if the drawings have hit the cutting room floor, I was told that the director and cast loved them which is great and I hope to keep working on projects like these until I actually make it to the screen! 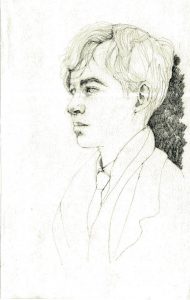