The making of ‘ We Dream of Blue Whales’

The following has been adapted from the guest blog post for the Onca Gallery blog here.

In the Summer of 2014, I took the opportunity to become part of the crew of SeaDragon with Pangaea Expeditions sailing from Iceland to Sweden alongside three other artists. Although the expedition was called ‘Whale Watching’ we would also be expected to map whale and dolphin sightings on the OBIS whale database as well as help man the boat. Out ultimate intention was to create a body of work in response to the journey that would be exhibited at ONCA gallery in Brighton.

I’m not sure what I expected in terms of creating work while I was on the voyage. Since January of that year I had been researching whales, the whaling culture and sea charts of the three countries we would be visiting – Iceland, the Faroes and Sweden. I was reading books, watching documentaries and footage, talking to and visiting a variety of maritime and whale museums. I am particularly interested in maps and how people locate themselves using stories and so the mapping aspect of the expedition seemed to fit very well. I left Gatwick airport with the idea that I would draw a huge wallsize map in the gallery showing the journey and man’s relationship culturally to whales. I was also aware that that idea might develop as the journey progressed so was open to making some radical changes. My fine art practice has become very text based but I draw regularly and wondered whether I could combine the two disciplines.

The doors of the plane opened on landing in Reykjavik to the tail end of Hurricane Bertha. Force 12 gales meant staying in Iceland a little longer than intended. I used the time visiting the maritime museum and learning about Icelandic fishing communities. I took reference from historical black and white photos of  Icelandic boys in their hats and boots, on boats and standing smoking by the mountains of fish they’d caught. 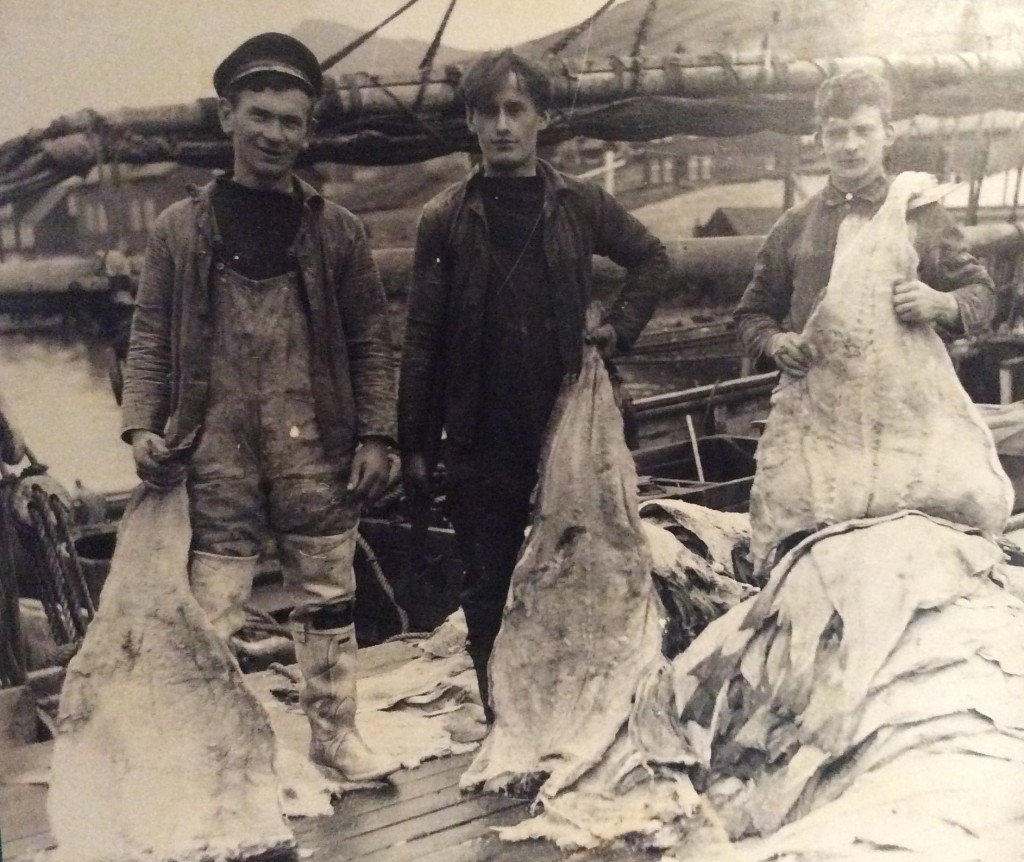 I’d also got hold of an audio recorder so attempted to interview the locals about any whale stories they had. Whale watching was clearly big business in Reykjavik and many of the tourist restaurants had whale and dolphin on the menu. The harbourmaster commented that tourists often went whale watching and then tucked into a whale steak with mustard to finish the evening off. They didn’t seem to see the irony of this at all.

We set sail finally on remarkably calm and sunny seas. That meant that I was able to sketch happily and I made some drawings of the crew on the boat. Of course, as soon as we got out of coastal waters and the waves became more choppy, it became almost impossible. We were working regular 6 hour shifts through 24 hours and gradually as the broken sleep and weird Arctic Summer nights started to take their toll, listening and remembering became the best way for me to record the voyage.

We sailed into Torshavn harbour one white morning through the majestic high cliffed Faeroese islands. We were greeted with a fair amount of suspicion. As soon as we mentioned the word ‘whales’ there was an assumption we had a political agenda and intended somehow to sabotage or protest against the traditional, very bloody whale hunt, the Grindadrap, that takes place there. I had to approach interviewing people with a clearly neutral standpoint and most were keen to explain the reasons behind the hunt and how it was practised. Here the value of the whale was seen very much culturally as the spoils are divided up as food amongst the hunters and it is a spectacle for the community rather than tourists. 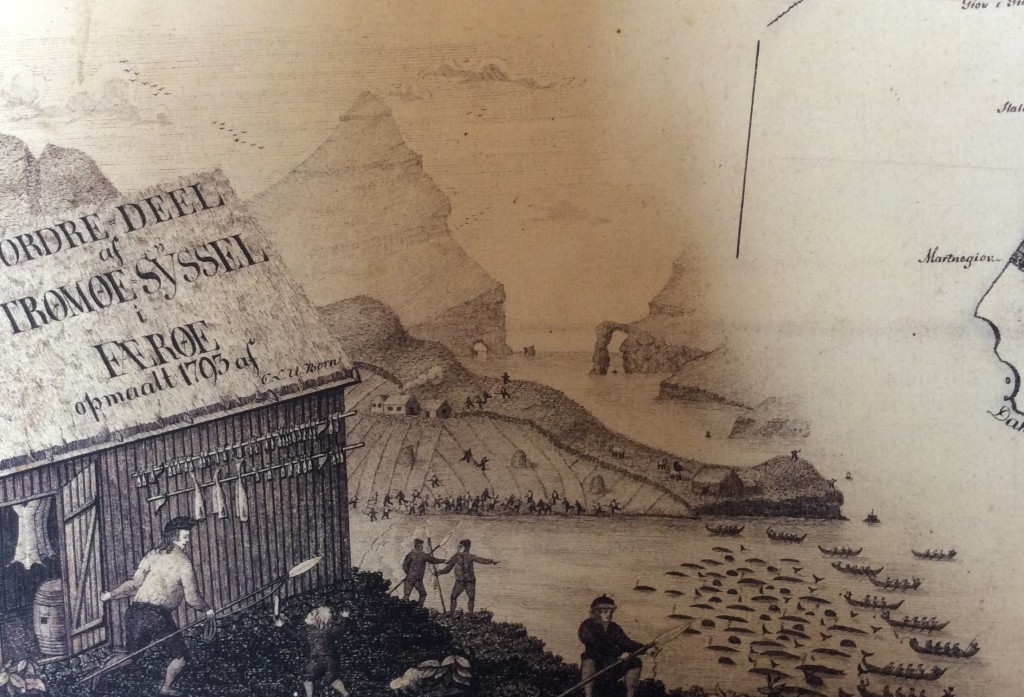 We finally reached Sweden at the end of July. One of my goals in Gothenburg was to visit the Malmo whale at the Natural History Museum, a blue whale beached and preserved in the late 19th century. At some point it had had its jaws articulated so they could be opened up and visitors could step inside. I think initially referencing Jonah and the Whale, it was seen as something religious but as time sailed on, it became both a café and a cocktail bar, the roof of the whale mouth draped in blue star spangled silks. Closed due to the discovery of a ‘courting couple’ inside, it is now opened up only at Christmas where children can visit Father Christmas there… Another fascinating, if telling, story about whales and tourist economics. 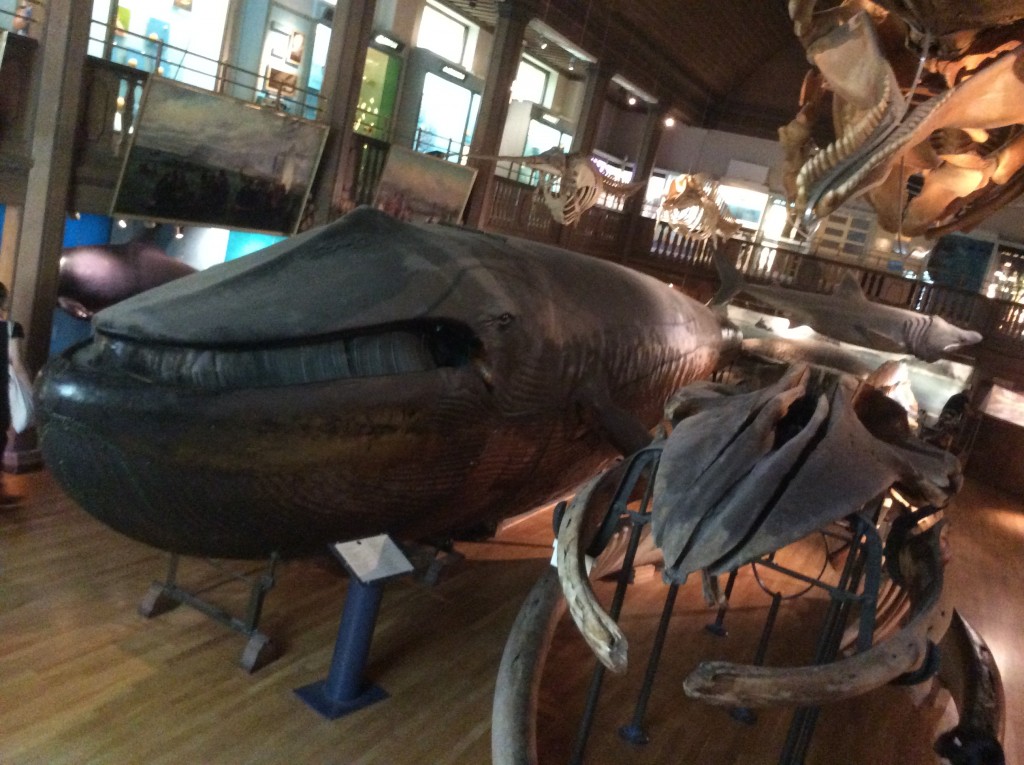 I think it’s interesting to reflect that whales have clearly held a fascination for people since the beginning of time, whether for food, for tourism, as a cultural signifier or in our case, as inspiration for artwork. Only time will tell whether the value of them will be the saving of them or their destruction.

My final piece of work became a set of three maps including both drawings and text. I trawled through the photographs and sketches I had made, jettisoning much of it. I did use as reference the black and white photos I’d seen on my museum trips and made portraits of fishermen to add to the title sections in the maps.

Influenced by the ancient Carta Marina, the maps are also swimming with drawings of the fantastic whales that medieval people thought existed in the Northern waters. We had seen so few real whales on the expedition that they could equally have been just another traveller’s tale. 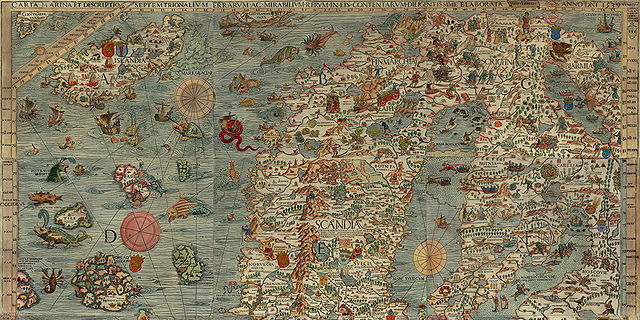 I recounted the stories I heard on the journey on the maps – the stories from the crew, from the harbourmasters, the bartenders, the whalewatchers, the whale hunters and eaters. Some had been recorded as part of an interview. Some were memorised and were stories overheard on board. Like all travellers’ tales, details have been changed and the truth cannot be certain. To me the journey was filled with stories and that will be how I remember it. How I remember where I was.

The completion of the maps – entitled ‘ We Dream of Blue Whales’, was, I feel, the true journey’s end of my adventure. They are currently hanging in Onca gallery and act as a flare to the world that once upon a time I travelled with the whales on the Whale Road. 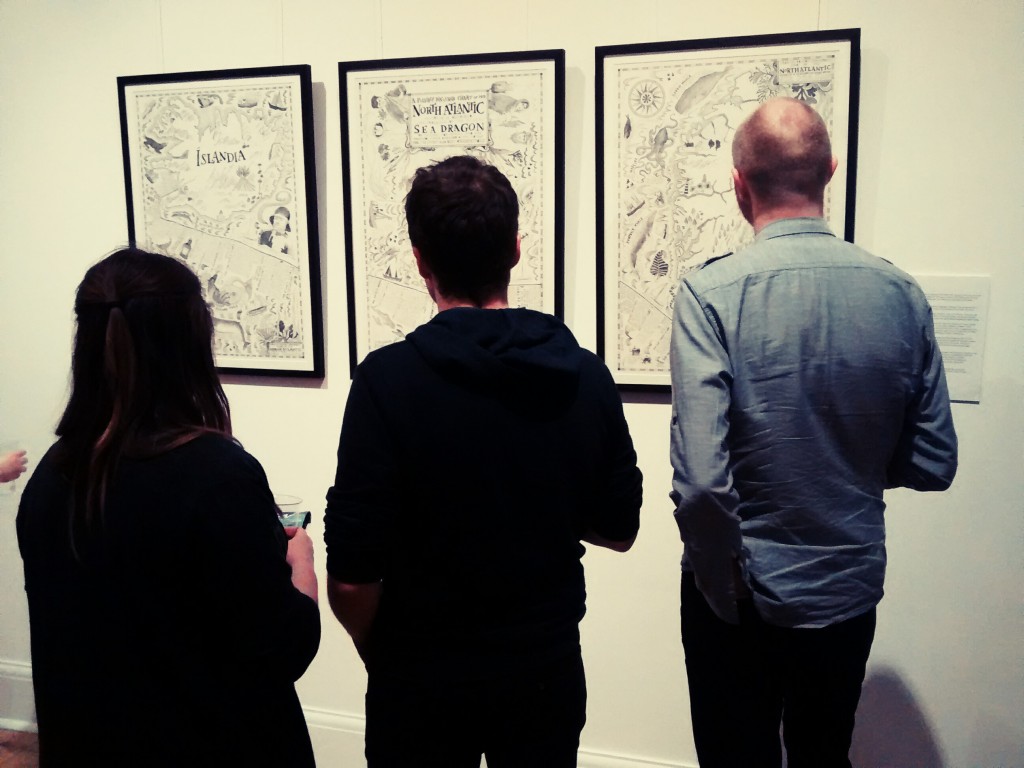 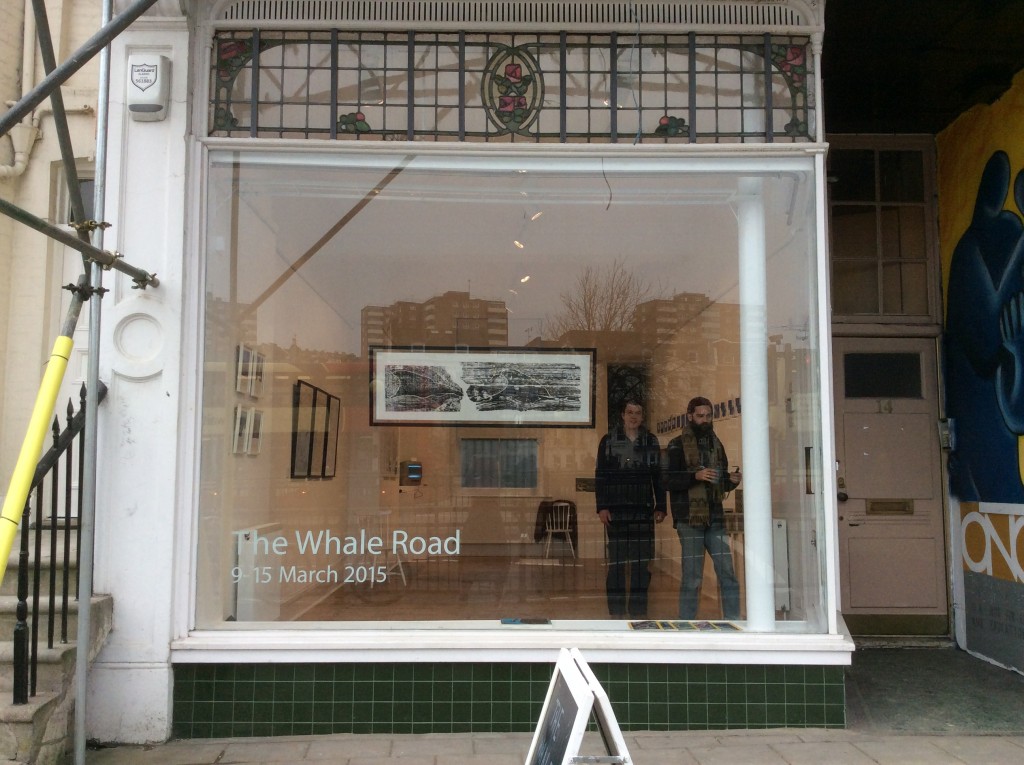