I was commissioned by  musician and performance artist, Ingrid Plum to create a map as album artwork for her debut , Plangent.  The map needed to show the journey Ingrid made creating the album, the instruments used and also the people who supported her musically on each track along the way.  Travelling between the white cliffs of Brighton, to the open coastlines of her native Denmark to the dark acoustics and solemnity of Union Chapel in London, she uses voice with improvisation, field recordings and electronics to create layered soundscapes and songs.

The album is scattered with the elemental sounds of birdsong, of campfires, the wind in the trees and crashing waves and I wanted to depict the sense of the journey (both physical and metaphorical) interspersed with a sense of wilderness.  Ingrid’s Danish heritage and the inspiration she takes from contemporary Nordic folk singing are symbolised by the ships and title decoration – something to be touched upon but at the same time, steering well clear of too much Viking cheesiness!

The map has been used in the interior and the title lettering as a simple cutout on the cover sleeve echoing the stripped back minimalism of Ingrid’s singing.  The release date is 15th November 2015 but you can pre-order here. 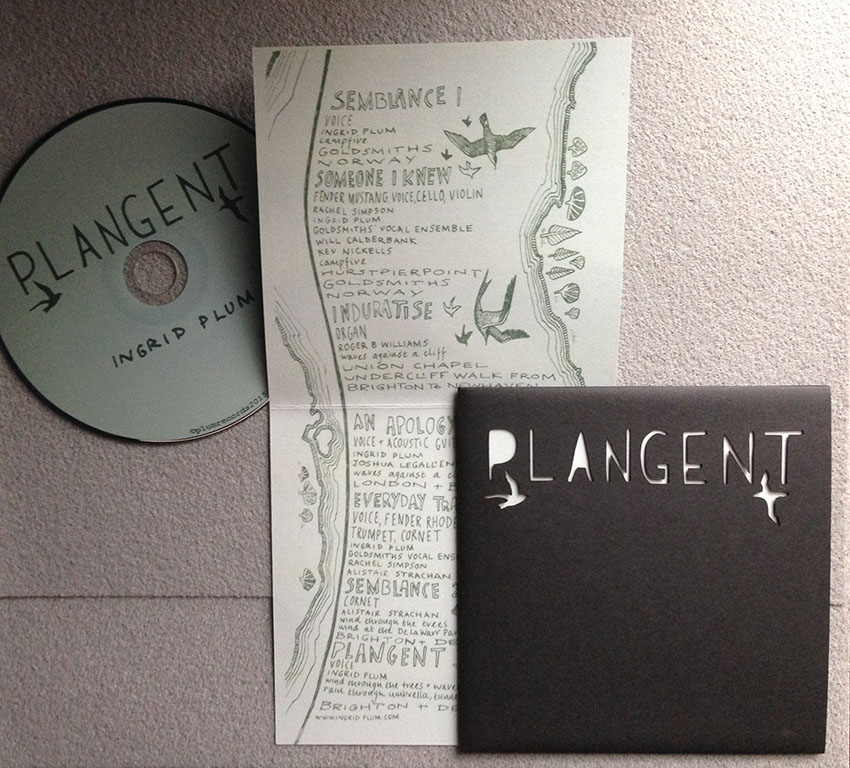 This short film shows a little more of what’s in store musically and how far Ingrid travelled to make her album.

I’m really looking forward to the album launch and one off performance in the atmospheric venue of St Andrew’s Church, Waterloo Street in Brighton and Hove on Sunday, the 15th November 2015. It’s a public event so if you want to go, more information can be found here nearer the date.